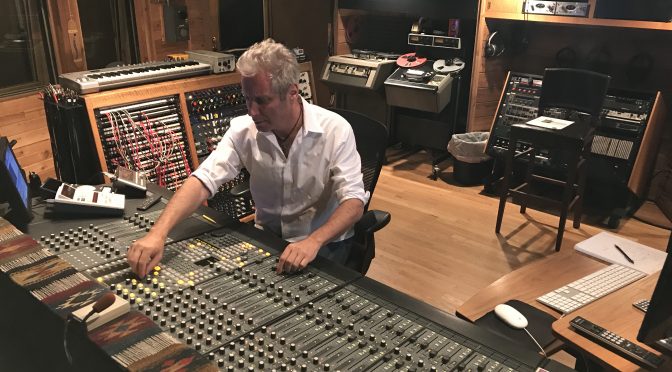 I am an audio craftsman/technologist, Producer and A/V technology consultant, as well as a session musician, with multiple areas of expertise and experience, and I am currently focused on creating opportunities that utilize my aggregate skill-sets and diverse professional experience to help solve problems that serve the greater good.

As an Audio and Video craftsman and Music Producer/Mixer/sound designer, I am able to solve complex problems and function as a liaison between fiscal, technical, logistical and creative team members. My specialties include advanced creative problem solving and consulting, team building and production methodology, and utilizing cutting-edge and evolving technologies. I own a state of the art Protools audio Mix bay and a Video Bay with both Adobe Premiere and Finalcut editing suites and own a large sound design and FX library with the most current tools and software for Sound design. I am connected to the production world via Fiber optic cable, which allows me to move large data files around quickly.  I also have extensive experience in Post production and mixing for: Podcast production, Sound design, Haptic design, Youtube postproduction and editing workflow, VR/AR as well as traditional Production and Post production workflow and methodology for Live Streaming, Film and TV.  My top priority is always to bring out the best in the people I work with, in order to create the best possible end product.

I am currently finishing two large scale Music and Video projects and also teaching as an Adjunct Professor at the University of Colorado Denver, teaching Recording Arts and Sound Design for Media.

If you need more information or wish to discuss your project, please contact me for a free consultation. To schedule a discovery call please email me at:

Past Clients: National, International and Local:

Projects in development:
Aside from my works as a Producer, mixer and artist I am developing two projects: 1) A short film about the re-imagining of how money works and the development of Altruistic Capitalism.  2) Developing resources and partners to help create and establish sustainable/affordable housing and health and human services for aging musicians and artists who have lived a Life of Art,  but who are outside the social services norm, and not being supported by the status quo.